“Defiant” crypto platform/group on telegram and discord, if you see this name, run away. This is Justin Maher, a well known scammer in the crypto/defi world specifically erc20 making their way to bnb. Along with Russ Davis, they launch projects they then send out as picks. They pretend not to know developers, but have doxxed them and vouch. They have tokenomiks with “eth reflections” usually have a dApp on their website, to connect your wallet and claim. This is a great way for them to make tons of money quickly themselves. This is partially the main reason why you’ll see the uniswap router dump tons of amounts of eth in their projects also. The excuse when the dump/rugs happen is usually “the devs ran off” Or “lost the keys.” Then they move on to a new project, Don’t be fooled by their locked liquidity tactics either because they use “presale” to stock up on coins as well as other methods like sniping their own project. Don’t be fooled by a large quantity of holders, they airdrop thousands of people to fluff numbers and use tons of bots for telegram subscribers. They can afford to do anything as they’ve scammed for millions of dollars. They’ve launched many different projects, from ACCEL, Ascend token, Shunav1,Shuna v2, levelup, weGrow, boombabyio, to matrix samurai, peeps, Bezoge, Arena, HODL, fkemax, viceX and many many others. Serenity is coming up, another scam. The owner, justin Maher has been served by the sec, resigned from northwestern mutual as an financial advisor, and caused all of Ethereummax’s issues being the founder that took part in the launch and obtained hundreds of trillions of tokens at that time. I really want to help make this world a better place and stop people like this from destroying the industry. They have many moderators they pay in tokens that will pretend they’re fans of these projects, even after they rug. I’m shocked they never get upset. Justin Maher is a master manipulator and I have fell for his lies many times, but Accel was the last lie I’ll fall for. I’ve learned my lesson in the erc20 world thanks to people like Justin Maher and Russ Davis (inRussWetrust crypto group on facebook), I quickly learned in Russ we don’t trust… Russ and justin are brother in laws that act like they don’t work together, but the blockchain and all wallets tell us a different story. Lets help clean up the defi space and rid the world of scammers like this. Any comments defending this post, are those moderators in their crypto groups that they’ve sent to defend them, by posting a link in telegram and telling everyone to please defend them. Especially people that are part of this charade.here’s his revoked license

Go to Source of this post
Author Of this post: /u/Obvious-Photo-7357
Title Of post: “Defiant” crypto platform/group is run by con artists in the defi space
Author Link: {authorlink} 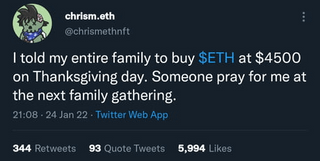